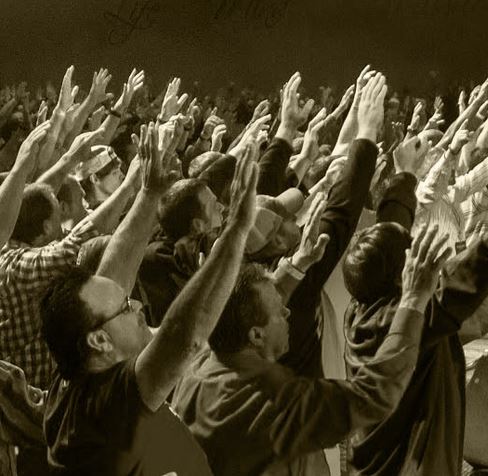 “1Obey the rulers who have authority over you. Only God can give authority to anyone, and he puts these rulers in their places of power.” CEV

If your pastor was asked who might be considered one of their strongest supporters, would your name arise in the conversation? Why, or why not?

“Man In The Mirror” performed research to identify characteristics of churches that are effective in discipling men. One key indicator of successful churches is that the Senior Pastor believes that the men of the church support them and their vision. In other words, the pastors do not see their men as obstacles or in opposition, but rather they see their men as important members of the mission team.

One of the most vital roles that men can play in their local church is to pro-actively undergird their leadership, and in particular, their pastor. When Promise Keepers was initially formed back in the 1990’s they focused on seven important things that men can do to make a positive impact on their spiritual life. PK came up with Seven Promises as the backbone of their philosophy. Here is what they said about the church:

“A Promise Keeper is committed to supporting the mission of his church by honoring and praying for his pastor, and by actively giving his time and resources.”

If you want to impact your church in a productive manner become a man who prays for your pastor(s) and demonstrate a heart to serve. In other words, do not take the approach that your pastor is there to serve you, but take the initiative to become the servant of your pastor. Rather than pressing your agenda, get behind the leadership’s agenda.

Demonstrate your love for the church by uplifting your leadership. After all, they are there at the pleasure of our Lord according to scripture. That does not mean that they are in any way perfect, or infallible. But it is far too easy to look at deficiencies and fall prey to Satan’s temptation to focus on failure and assign blame. Leadership and pastors can take a pretty nasty hit under those circumstances. Don’t fall for this trick! Instead purpose to become part of the team and part of the solution.

When men line up in prayer for their leaders & offer themselves in humble service under the authority of pastoral leadership – change happens!

As you earn respect as a faithful servant you also gain the ear of the leaders giving opportunity to share your thoughts and ideas for ministry. You will find that with a history of being a reliable servant and an advocate of your pastor that they will be inclined to listen to your heart.