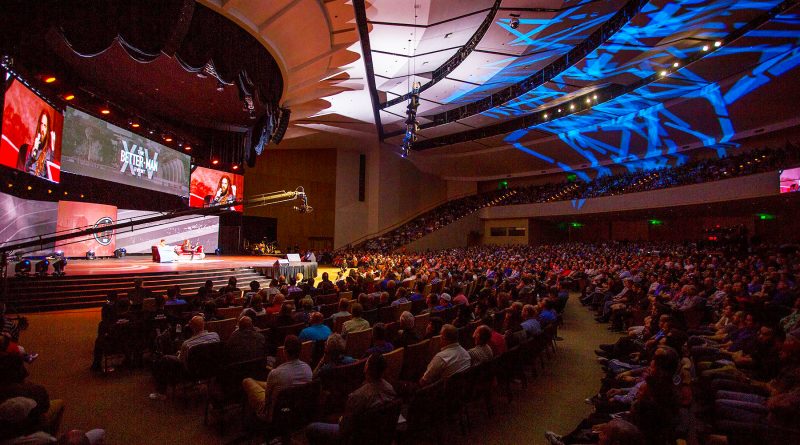 Promise Keepers ushered in an era of massive Christian Men’s gatherings purposed to equip men to become active Disciples of Jesus. The ministry waned after ten STRONG years and it appeared the day of men coming together in large numbers had passed. Indeed, subsequent efforts to hold large Christian Men’s rallies were hit and miss at best, with attendance swiftly dwindling.

Studying this cycle from the backside shows that the men most impacted by the PK era were now ACTIVE in ministry. Many focused on ministry with men and have today built the largest active men’s ministry organizations in the history of Christianity. NCMM, the National Coalition of Ministry to Men, now has over TWO HUNDRED men’s ministry and denominational members. When PK started there were only a tiny handful of men’s ministries, and today hundreds abound with more being formed every week!

IRON SHARPENS IRON recently held PACKED events with thousands of men attending all across the nation. Some of the newer venues hosted hundreds while those in existence longer hosted over a thousand men each. ISI has been serving the church for over fourteen years and IS STILL GROWING!

Today a NEW GENERATION of men are feeling the need for “Something More” in their spiritual life and the result are grass root men’s ministries and events being birthed. Recently “Better Man Ministries” out of Florida hosted a church event with 4,000 men in attendance! Upcoming “Men’s Summit” in Texas is expected to attract many thousands of men.

With more and more local churches figuring out how to do men’s gatherings well, the BIG QUESTION remains: “What Next?” This was always the bane of PK, men coming back home on a spiritual high, only to find NOTHING going on locally. YOU can be a part of the bigger picture by working in your local church and men’s group to PLAN NOW future men’s experiences. Contact Gulf South Men for ideas and great resources!