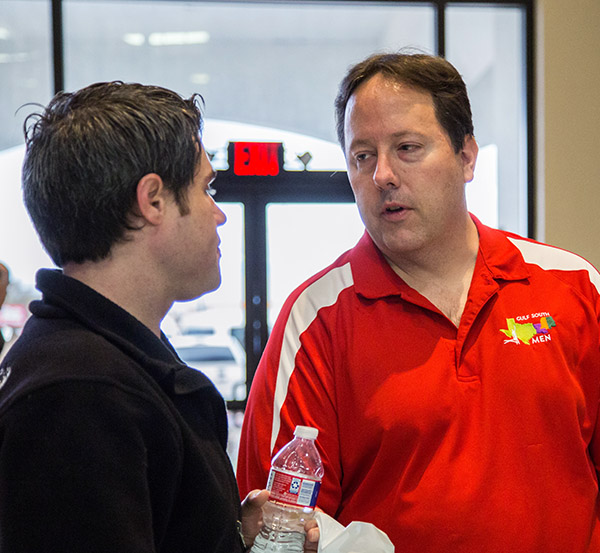 The “Missing Element” in many of our churches these days is the male parent. Somewhere between 18 & 45 years of age this fellow is rarely seen in the church. Oh yes, you might catch a glimpse of him dropping off a child  or maybe even coaching a team – but he won’t often be in the worship service.

Ever wonder why? Take it a step further even – how come you don’t know why? After all, if you were a close friend of his you would be able to find out pretty quickly. He would tell you that there just is not time in his weekly schedule. If you really pressed him he might give you the “churches are full of hypocrites” excuse.

Yet polls consistently show that the vast majority of people who attend any given church first came at the invitation of a friend. Statistics show this works – so why doesn’t it work with YOUR friends?

The George Barna research organization sheds some light on the topic:

“. . .  Church is not intellectually challenging for them. Men look around and see how poorly run the ministry is — in ways they could never get away with in their business — and they’re not willing to put up with that on their free time. And they don’t have any meaningful relationships arising from their church.”

Studies reveal that folks who do connect with a church show that individuals form six or more meaningful relationships with members. It follows then that if you and I should take a little time to spend with the guys who aren’t really connected.

BUT – who has the time to do so? Here is what I do. I take an hour, just one hour, each week and spend it with a guy that I don’t know so well. There are 168 hours in each and every week. We all can find creative ways to set aside one of those hours each week to spend with another guy to get to know him.

Grab a meal or coffee, take a ride to the hardware store, watch a game together – you can figure it out.

And when you’ve done this often enough to get to know him – and he you – invite him to join you in church. He may not be ready so don’t take the first few ‘I don’t think so ‘ responses personally. But if you continue to lift him up in prayer, build a real relationship – your occasional invitations will eventually find a ready and willing reception!